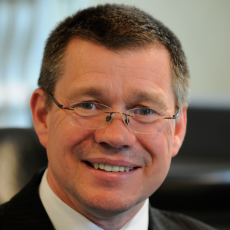 Why did you choose to come and see me?

I was referred to Amit by my regular dentist. I had a front tooth that had been root canal filled, pinned and crowned following an accident 35 years ago. Unfortunately over time the filling had broken down and an infection had set in. I had previously been referred to another specialist to have the root canal repaired but the chances of achieving a long term successful result looked poor. I would never consider a permanent denture so the recommended option was to have the tooth replaced with an implant.

How did you find Amit’s approach to explaining dental implants and the treatment process? Did he reassure you and put you at ease?

Amit took time to carefully explain what implants are, the various processes involved and both the maturity and reliability of the treatment. He also showed me photographs of implants he had placed for previous patients and explained the additional bone and tissue grafts that would be required in my case. I very quickly got the impression that this was a man who knew his subject in depth and who I could trust to do a thoroughly professional job.

What did the treat process involve and how long did it take?

After the initial assessment I had the original tooth removed and then had to wait for this to heal before having the implant. The implant operation  itself took about an hour and a half, which is the longest I’ve sat in a dentists chair, but I was well ‘numbed up’ and there was next to no discomfort. One feature of being treated by Amit is that he does keep a detailed photographic record so patients should be prepared for lots of pictures to be taken along the way although it may not be advisable for everybody to look at the photos straight after the surgery as I did. The stitches were removed a week later. There then followed another wait whilst the implant healed before impressions were taken so the lab could make the replacement tooth. One more visit to have the tooth screwed in and the job was done. Overall it took 6 months and the only downside was having to wear a temporary denture during the treatment period, but now my new tooth in that’s rapidly becoming a distant memory.

Did you experience much discomfort after the implant placement?
Was this as you had expected?

There was a fair amount of swelling but no visible bruising. It was a little uncomfortable the next day so I’d recommend taking it easy for the following 24 hours if at all possible, rather than perform a long business presentation as I did, but this soon passed. A couple of the stitches did start to become sore after a few days but this was resolved when they were taken out a week after the placement. To be honest I was so pleased to have had the placement done and be one step closer to throwing the temporary denture away I didn’t really worry about it

Were you happy with the final results achieved?

I’d had the worry of the ongoing infection for a couple of years before the implant and I was initially a bit concerned about the thought of having one of my front teeth pulled out! Its taken time to complete the implant treatment but now its done I’m absolutely delighted with the result.. It was definitely the right choice for me and I don’t believe I could have picked a better dentist to perform the treatment

Would you do it again?

No question I would certainly do it again if the need arose. Perhaps I’ll have my existing bridge replaced with two crowns and an implant when I get my next bonus, credit crunch permitting.

Would you recommend dental implants to a friend or family?

Yes, I certainly would. They are a brilliant solution to the problem of lost teeth, providing you can afford the cost. I’d also highly recommend Amit to perform the treatment

How do your new teeth feel in you mouth?

The new tooth feels perfectly normal in the mouth. It is very firmly fixed and I  feel totally confident smiling and biting into anything. Obviously the implant doesn’t have the same sensation